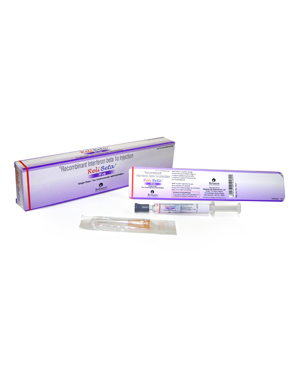 Interferons are a family of naturally occurring proteins and glycoproteins that are produced by eukaryotic cells in response to viral infection and other biological inducers. Interferon beta, a member of interferon family, is produced by various cell types including fibroblasts and macrophages.

ReliBeta is indicated for the treatment of patients with relapsing multiple sclerosis.